Performers from the Royal Conservatoire of Scotland directed by Helen Lawson

A selection of Tonadillas arranged by Julian Byzantine

A Selection of Lieder arranged by Ross Morris

Ines Mayhew-Begg is a Scottish Soprano in her first year of the Masters in Vocal Performance degree at the Royal Conservatoire of Scotland, studying under Helen Lawson. In 2021, she made her German debut as Erste Knabe and Zweite Dame Cover in Lyric Opera Studio Weimar’s Production of Die Zauberflöte, for which she won a scholarship. She looks forward to returning to Weimar to sing the role of Adele in their 2022 production of Fledermaus.

Ines has performed many solo operatic roles at the Beacon Arts Centre for Scottish Opera’s Young Company such as Witch 2 in their production of Dido and Aeneas, Natia in the modern opera Little Black Lies by Whiteside and Amore in Orpheus and Eurydice. Ines’ Amore received praise for having ‘confidence, consistency and fluency,’ by Andrew Clark in Opera Magazine, 2019.

Ross Morris is a Cornish classical guitarist who performs as a soloist across the UK. His programmes feature music ranging widely in styles and influences, from the Early Baroque to 21st-century works. Ross is a committed chamber musician, performing regularly in the Orbis Duo alongside flautist Emilia Parr. He also performs with soprano Ines Mayhew-Begg and tenor James McIntyre as Live Music Now Artists.

Ross studied at The Royal Conservatoire of Scotland with Professor Allan Neave and previously at Chetham’s School of Music in Manchester. He has had masterclasses with John Mills, Andrea de Vitis, Pavel Steidl, Alvaro Pierri, David Russell, Paul Galbraith and many others. As a chamber musician, Ross has worked alongside Scottish composer Eddie McGuire and performed with Glyndebourne Opera in their 2021 production of Donizetti’s Don Pasquale.

He is currently pursuing his MA at The Royal Conservatoire of Scotland, supported by The Countess of Munster Musical Trust and as a Universal Music Sound Foundation Bursary Recipient.

James Eamon McIntyre is a young Scottish tenor currently in the first year of his postgraduate studies at the Royal Conservatoire of Scotland under the tutelage of Scott Johnson, after having graduated from there with a First Class Honours degree under Iain Paton. In 2021, his highlights included performing the role of The Leader in Kurt Weill’s The Tsar has his photograph taken for Scottish Opera’s Live at No. 40 outdoor festival and taking part in a workshop with British Youth Opera. He is especially passionate about song repertoire and has a special interest in promoting the performance of the Scottish Art Song repertoire. Recently, he has had multiple competition successes winning 1st Prize in the Hugh S Roberton Prize for Scottish Singing including the William Allan Prize and 2nd Prize in the Leonie Kayser Prize for Singing at RCS. As part of the McIntyre-Morris Duo with Ross Morris, he enjoys exploring the vast range of chamber music for tenor and guitar with a focus on folksong and lute song. 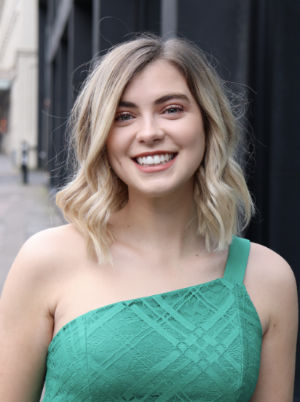 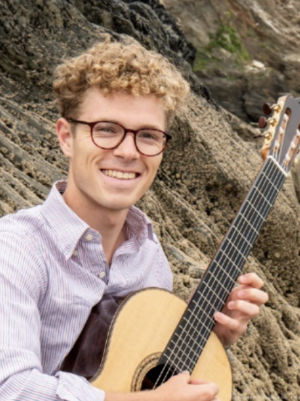 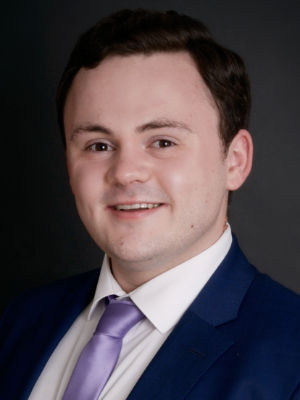