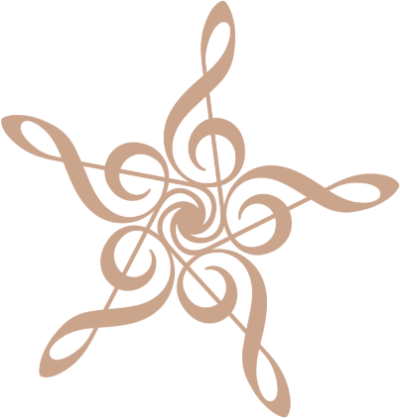 The Gatehouse Music Society has been organising concerts – mainly classical chamber, but occasionally jazz – for as long as most of us can remember.  It is one of the many activities in which our little town punches above its weight. Indeed, music making in Gatehouse goes back some 200 years, initially at the behest of the Church, but later due to the formation of various secular music groups and bands. Lady Anne’s Band, formed sometime after 1816 and supported by Lady Anne, the wife of the laird Alexander Murray, performed at the laying of the foundation stone of Murray’s Monument between Newton Stewart and New Galloway in June 1834.  Other wind bands were formed during the 19th and early 20th century, and there was – and still is – a tradition of choral music in Gatehouse, going back to at least 1831 when a choral concert was given in Gatehouse (Girthon) Church.

The Gatehouse Music Society itself was actually founded in 1949, with the aim of providing concerts rather than as a forum for local musicians to perform. A meeting was held in September of that year to inaugurate ‘an instrumental society for Gatehouse’, under the presidency of Jean Stewart, who was succeeded by the redoubtable Katherine McCulloch in 1957, and then by Jean Stothers. However, information about the following years is lacking as the Society’s minutes and programmes for the early years have disappeared.

Concerts are currently held in the Girthon church in Castramont Road, with refreshments in the church hall during the interval. However, up to 1999 they were held in the rather more spartan surroundings of the school gym. Initially concerts were always held in the evening, but since 1988 some Sunday concerts have been held in the afternoon, a benefit to those who prefer not to drive on dark winter evenings.

In 1999 the Society organised a 50th Anniversary Concert, when the prestigious Meadows Symphony Orchestra from Edinburgh gave a full orchestral concert, including a performance of Beethoven’s ‘Eroica’ symphony

During the 2000s and 2010s the Society’s fortunes fluctuated. In the early 2000s the Society’s finances and membership were healthy, and it was able to contract top-quality chamber music groups to perform at the concerts. But at the 2009 AGM (just after the 2008 financial crisis) it was noted that membership had started to decline, eventually falling to only 45. Door ticket sales to non-members were also down.  Future grant funding from Enterprise Music Scotland was in doubt and there were fears that the Society might have to disband. However, membership then started to increase, a trend which has continued until the pandemic disruption in 2020. One of the reasons for this was serendipitous: in 2011 a contracted group had to cancel and by chance a committee member mentioned that the Tim Kliphuis jazz group might be able to stand in at short notice. They duly appeared and attracted a large audience, with many jazz enthusiasts, especially from Kirkcudbright, attending. As a result further jazz concerts have been programmed, and the healthy audiences have helped turn around the Society’s finances. The Society’s officers have also worked very hard to track down new sources of grant funding.

Several people played a major role in the Society during this period. Shirley Massey, a former member of the BBC Singers, was on the committee for nearly twenty years, eight of them as President, until 2016. Jeremy Gott, who sadly died in 2017, had served on the committee for a similar period, and had always helped with ticket sales and refreshments at the concerts. Geoff and Helen Keating both played important roles: Helen was on the committee and served as secretary for many years, while Geoff, who founded and conducted the Solway Sinfonia, first brought his orchestra to perform in November 1998 and has remained a regular and popular feature of the Music Society’s programme. The most recent President, Mary Ashmore, together with Treasurer and Secretary Sheila McKean during their combined 24 years on the committee arranged concerts that were universally well received and provided visiting musicians with a very warm welcome.

A rather sad anecdote concerns John Chambers, another former President of the Society (and erstwhile Gatehouse Town Crier). He was invited to provide entertainment in the form of a ‘Desert Island Discs’ at the 2013 AGM, which he duly did, only to suddenly die peacefully in his own home a few hours later.

Contracting musicians to play at the Music Society concerts has always required a delicate balancing act between quality and available funds. Representatives of various Gallovidian music societies would meet with the Arts Council in Edinburgh to try to organise a tour by music groups of the various societies, thus reducing the travel costs for each concert, and also to try to obtain grant funding. We have been lucky in attracting many highly respected music groups to Gatehouse. One reason is probably that Gatehouse, and Galloway, come as a revelation to many of the performers who have often never set foot in this part of the world before. Indeed, Roger Best, the viola player in the renowned Alberni string quartet who performed twice at the Society’s concerts, moved to Gatehouse with his wife after retirement. Also, musicians are often accommodated in the homes of committee members, which not only saves on hotel bills but can lead to some very informal and convivial post-concert evenings, as the writer of this piece can testify.

Encouraging young people to appreciate music is of great importance and students and youngsters enjoy free admission.  Many of our invited musicians have also played and spoken with pupils in the local schools, something that is especially valuable now that lack of Council funds has practically eliminated regular music teaching in schools.

During the Covid-19 pandemic live concerts had to be abandoned, and it was felt that online performances would not be a satisfactory substitute for in-person concerts. However, at the time of writing the Gatehouse Music Society is back up and running, with an active group of committee members, and a live concert programme under way.  The Society looks to the future with confidence.